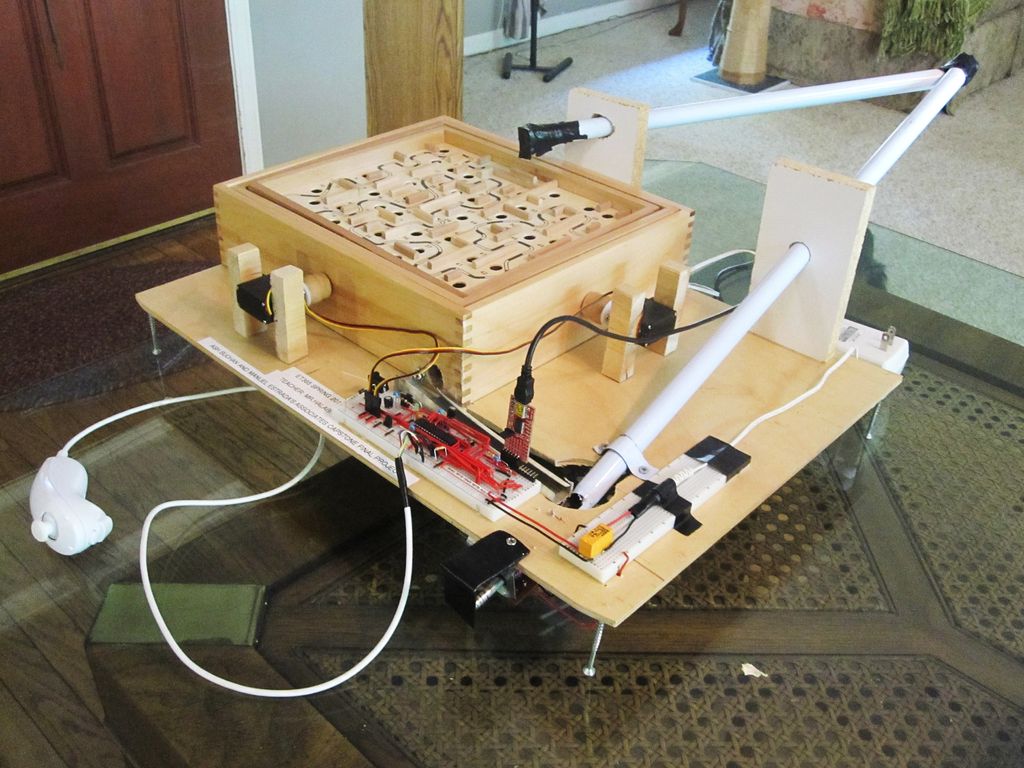 Does your “labyrinth” game sit unused collecting dust on shelf? Is it too good to throw away even though you never use it? Why not bring your “labyrinth” into the 21st century! With this fascinating project from instructables member tripletray you can control your labyrinth using your Nintendo Wii controller and an Arduino (you can read more about using a Wii Controller with your Arduino here).

At a basic level the Arduino reads inputs from a game controller which are converted into movement of the labyrinth plane using some servos. Not only does this project allow you to control your labyrinth using your Wii Controller, but it also includes a solenoid which automatically reloads to the ball to the starting position in the event of a (likely) unsuccessful run.  You can find full code examples and read about this project at the following link.

If you are looking for an Arduino board to provide the brains for your labyrinth, the SuperHouse team recommends the Freetronics “Eleven” Arduino Compatible Board, click on the link to find out more.

Thought that this was a cool project? The team at SuperHouse Automation would love to know! Tell us about it in the comments section below or on Facebook and Twitter.